Today, my mom was making a caterpillar costume for my 5 year old. It didn't exactly work out too well. With less than a week to go until Halloween, we headed to the Spirit of Halloween store for a backup. The store walls were filled with costumes, and nearly all of them were skank-aroo.  Let me ask you, what is the point of this costume?

Aside from being gross, she looks like she's about to have a Brittney Spears panty moment.

And this is what has become of the cowardly lion. Or maybe she's a teddy bear. I can't tell.


Point is, why would anyone want to look like this in public. And let's be honest, the people that buy and wear these costumes look nothing like these women. Cheap fabric can only hold in so much before bursting at the seams... just sayin' ladies.

And if it wasn't enough that nearly all the women's costumes looked like attire for the a corporate hooker party, the kids one's weren't a lot better. Other than the quintessential Disney Princess costumes, there was not a single thing I would let me daughter wear.

Look, mommy and me matching costumes.

Yuck. When I was a kid, I was going as toothpaste, my sister as the toothbrush. And as a tween, I went trick or treating as the cowardly lion. I think you can agree it looked nothing like the costumes of today. 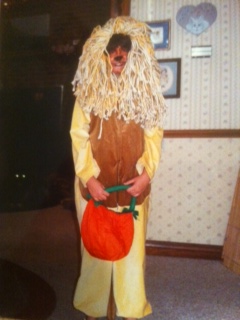 Why is the world sexualizing our kids so young? And worse, why are we letting them?! Don't buy these crappy costumes. Even if you put sweatpants under to make it more modest, don't do it. Why support an industry that wants to make our little kids look like streetwalkers instead of trick or treaters.

If you are talented enough, make your own costume. If you're not, like me, then find a friend who is. Anybody have a good pattern to make a caterpillar?

Today I've ceded control of my blog to Danyelle Leafty with her magically delicious new book, Slippers of Pearl

Magic isn't a handful of sparkling dust, a star-topped wand, or a tame word captured on parchment.

It's alive. It has a mind of its own. And it's hungry.

To celebrate the release of Slippers of Pearl and Bitten: A Novel of Faerie, I'd like to offer a bite of magic to all those who love kidlit--and fairy tales in particular.

There will be eleven winners and six different prizes available: 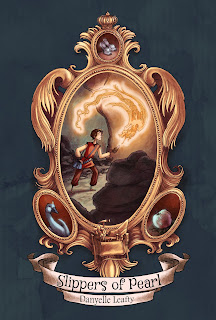 Shoes, unlike magic, are predictable. They don’t change shape, bite, or alter a person’s destiny.
And that’s just how Faryn likes it.

But his Uncle Harvey has a bad habit of dying. While inconvenient, this hasn’t ever been a problem until now. Thanks to an evil witch and a poisoned apple turnover, Harvey is dead again—permanently this time.

As his uncle’s heir, Faryn has to give up shoemaking in order to accept and refine his magic.
Magic he never wanted.

Unwilling to let go of his dream, but unable to escape his destiny, Faryn combines the two and discovers a knack for making magical shoes. He also learns that turning a person into a goose is a lot easier than turning her back, and that he severely underestimated how much trouble magic can be.
The witch who killed his uncle is trying to control all the magic of the land, and it’s up to Faryn to stop her. If only he can get his magic to cooperate in time. 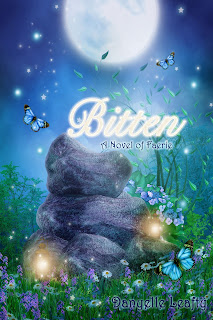 Fourteen-year-old Cherrie Wilding stopped believing in fairies after her Grams had a stroke that left her a silent, empty stranger. But whether she believes in them or not, one of them bit her, and now the venom is spreading through her system and causing  . . . complications. Like an allergy to iron and a craving for milk.


It turns out that fairy venom has the power to turn mortals into small, winged versions of themselves. And it gets better. Grams's stroke was the result of her light—her fairy soul—being stolen. The fairy who bit Cherrie demands her to help steal Grams’s light back.

As much as Cherrie wants to save Grams, her need to protect her older brother from the fairies and the rest of the real world wins out. Who knows what lurks in a world populated by winged menaces? But when the fairy talks Cherrie’s brother into going to the fairy realm, Cherrie mounts a rescue attempt to save him. To her surprise, it’s not her brother who needs rescuing—it’s the fairies. Someone is stealing their lights and imprisoning them, and it’s up to Cherrie and her brother to free them. But saving the fairies, keeping her brother safe, and returning home requires the help of the Phoenix. And the price for his aid doesn’t come cheap. If Cherrie wants to succeed, she must be willing to part with her greatest possession: her heart.

an autographed copy of Bitten: A Novel of Faerie
a faerie habitat
a Bitten bookmark

A Bite of Books

6 $10 gift certificates to Braun Books; redeemable in store or through Amazon
(A special thanks to Megan at Braun Books!)

To enter, leave a comment. Extra entries available through the Rafflecopter below.


Thank you to all, and best of luck!


a Rafflecopter giveaway
Posted by Betsy Schow at 1:20 PM 1 comment:

Freedom of Speech or Freedom to be a Psycho

Current events and public sentiment mystify me. Sometimes a thing is only right and just until it blows up in your face. Here is what is currently causing my nose hairs to twitch.

Recently there was public outcry over the detention of a former marine, Brandon J. Raub, who made some off kilter and well, violent remarks on Facebook. The sentiments were anti-government or anti-establishment I believe. Something to the effect of a revolution coming, day of reckoning. Saying he was sharpening his axe to sever some heads. The FBI and local police dept had some concerns for public safety as well as the man's own mental stability. They held him for questioning and a psychiatric evaluation. People are outraged. They have set up donation pools for him. He has had his right to free speech violated. How dare big brother step in?

Other side of the coin. Recognize this guy?

'
This is James Holmes. The man responsible for the Aurora "Batman" mass shootings. Currently there is public outcry because a month or two before the incident, he made undisclosed and vague threats against the school establishment. The threats were reported, he was kicked off campus. Cue public outcry. Why wasn't more done? Why wasn't this maniac pulled from the streets and locked up before he hurt someone? The police knew he made violent statements, yet they did nothing.

Have you seen the problem with these two stories? If Mr. Holmes had been detained at the time of his statements, would there have been public offense and outrage at his detention? Would his rights have been violated? Why is it only after someone follows through with the violent and awful things they say, then... then it's no longer freedom of speech.

Here's a crazy idea. If you say violent, radical, psycho things... people should treat you like a violent, radical, psycho. I'm no law professor. I don't have a fine knowledge of the constitution. I just don't think we should have the right, or as a society should tolerate, the violent rantings of madmen. Much less hold them up as torchbearers for the freedom of speech. Freedom of speech should protect those who wish to oppose the ideas of the government. You can disagree vehemently without threatening to kill others or start a war. I'm pretty sure the founding fathers did not intend to the first amendment to be the freedom to be a psycho.
Posted by Betsy Schow at 7:20 PM 1 comment:

I'm trying a new thing. Taking photos of odd sights I run across then writing little stories or thoughts for them. Gets the creative juices flowing. I took this picture while in Yellowstone last week.

Have you ever noticed that a sock is mysteriously absent after a wash? Or maybe your favorite bra has taken a hike? Well perhaps it really has. Yellowstone national park now boasts an all inclusive vacation package for lingerie that's tired of the same old spin and rinse cycle. Activities include hiking, climbing flagpoles, swimming and sunbathing (as pictured below). No people necessary for the trip, your unmentionables can take the magical wormhole in the dryer. After they are rested and relaxed they will be ready to return to their daily duty. So if you come across that camisole you haven't seen in a few weeks, and it smells vaguely like s'mores, you'll know exactly where it's been. 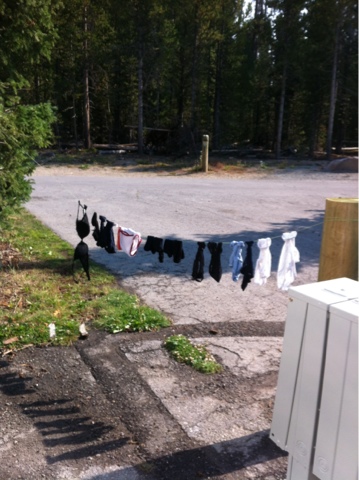 School's Out for Summer 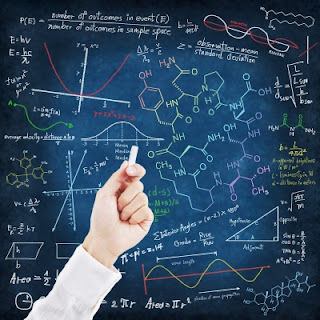 Finals are finished! I survived my first semester back at school after an 11 year absence.
It wasn't easy, and not just because of the shortened summer block, or the 6 hour Anthropology final.

College is a whole different world from when I was there the first time in 1997. We didn't have cell phones. No Facebook either. Heck, one of my first classes was on how to use the internet.

These days, every co-ed has their phone out - during class - texting or updating their status.  I feel like an old mother hen with my consternation glare and clucking my tongue at all the young'uns.

It's easy to forget that I was once one of those kids that might skip class to meet up with my boyfriend. Now I'm a mom trying to fit a few classes in here and there, and I want every ounce worth of tuition I paid.

Oh why is youth wasted on the young? I wish I could go back and give myself academic advice. Which classes to take. To stay in school and finish a degree before the kids and the mortgage. Not to blow off that one psych class. Ouch.

Instead I will settle on giving everyone else on campus academic advice. So while school's out for summer (all of two weeks) and before fall starts, feel safe young co-eds. But in two weeks looks out, because I will be back in full force with wagging finger equipped and the patented mother guilt trip.
Posted by Betsy Schow at 4:51 PM 2 comments:

Email ThisBlogThis!Share to TwitterShare to FacebookShare to Pinterest
Labels: back to school, college

A Case of the Eeyores I just realized that I have a serious case of the Eeyores. I've got this little black cloud following me. It's not actually raining on me yet, but I am flinching, waiting for that first drop to fall. If someone says they want to talk to me, it's like being called to the principal's office. I'm sure they are going to tell me they're mad, or that I've done something wrong.

Do you do that? Wait for the proverbial shoe to drop? Sure that you will end up the bug squished under said shoe.

I'm not sure why I think the universe has a nasty surprise in store for me. But I'm pretty sure if I keep expecting it, the world won't disappoint. If I've gotta be Eeyore, maybe I should focus on one of my favorite sayings by the morose donkey, "Some days look better upside down."

Front Page Article about me in the Daily Herald